Influencer of the Week: Olivia Rodrigo 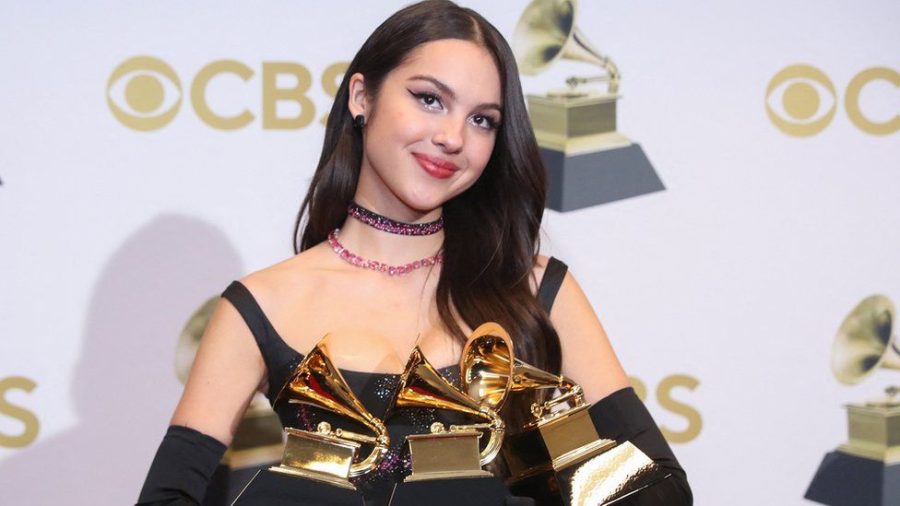 The 64th annual Grammys Award took place recently on Sunday, April 3, 2022. This was actress, artist, and influencer Olivia Rodrigo’s very first Grammy, and to say that it was successful would be an understatement. Olivia walked out with three different Grammys: Best New Artist, Best Pop Vocal Album for “Sour”, and Best Pop Solo Performance for “Drivers License”. After winning her first award for Best New Artist, Olivia begins her acceptance speech with “Thank you so much to the Recording Academy. This is my biggest dream come true.”

Olivia first gained a small amount of recognition from the public when she starred in Disney’s “Bizaardvark” and “High School Musical: The Musical: The Series”. In May of 2021, Olivia released her single “Driver’s License”, and with the help of a juicy backstory, took off”. Olivia then released her album “Sour”, which respectively became the best selling album of 2021. While the album was related to some “drama” with one of Olivia’s ex-boyfriends and co-star, the album was deserving nonetheless of its recognition. At the Grammys, Olivia explains “I chose not to do any bonus tracks or special editions because Sour just felt like such a distinct era in my life, and I felt like I wanted to give the songs and album time to breathe. And yeah, I’m excited to create a new era of my music. I really like the way the album existed as a body of work.”

Olivia, being one of the most kindhearted and sincere artists, is tremendously loved by her fans. She has many social media platforms such as Instagram, TikTok, Twitter, Youtube, as well as her own website, which sells her merchandise, all linked down below: