Foods for the Festival of Lights (A.K.A Chanukkah) 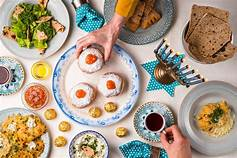 Chanukkah is known as the festival of lights, and there are a few special foods that are traditionally eaten during these 8 days.

Traditional Chanukkah food is typically greasy, to represent the oil that lasted 8 days for the Jewish people as a miracle when it was only supposed to last 1 day.

“I like to eat my Latkes with applesauce,” said Freshman, Sydney Ratner. There is always a debate about the best topping around Chanukkah time. 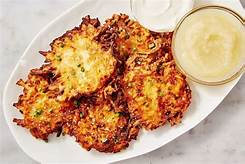 If you want to make Latkes, here is a great recipe: https://cooking.nytimes.com/recipes/1015533-classic-potato-latkes