Should You Get the New Nintendo Switch OLED? 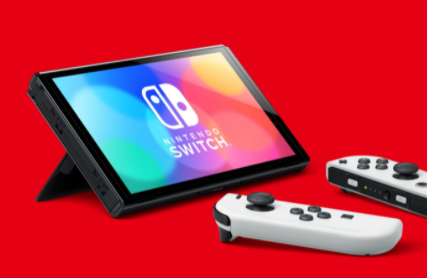 October 8 will mark the retail release of the new Nintendo Switch OLED, a supposed upgraded version of the base Switch model. But just how much better is it, and is it worth the $350, $50 more than a regular Switch?

The Switch as a whole is definitely an amazing console, to go from a home to a portable console with ease. However, the current model hardware-wise is very behind the specks, especially compared to PC, PS5, Xbox Series X|S, and even PS4 and Xbox One. That means games like The Legend of Zelda: Breath of the Wild, Astral Chain, and Super Mario Odyssey have had issues with framerate, capping at about 30 fps. The poor processing power of the Switch is in some cases inexcusable, especially with Nintendo’s connections to Nvidia. The Switch’s third-party support is also not the best. It is a miracle that games like Doom (2016), Mortal Kombat 11, and The Witcher 3 have received physical releases on the Switch, but other games that require massive amounts of space like Overwatch, Fortnite, and Apex Legends are available for download only. Even then, the Switches onboard storage capacity is 32 GB. True, the storage can be expanded with a microSD, but that still doesn’t excuse the internal storage. So how does the Switch OLED compare exactly? 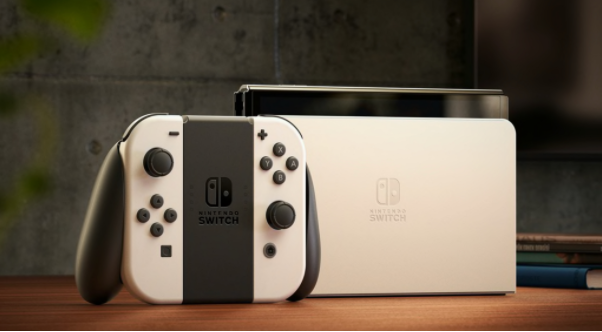 One of the OLED’s main selling points is its new OLED screen. OLED screens are generally better than LCD screens, which is what both the base Switch and Switch Lite utilize. OLED screens allow for better screen quality and better color contrast, with blacks looking more black, reds looking more red, et cetera. The screen also is slightly bigger than the original, going from the 6.2-inch screen to a whole 7 inches. Now, with all this in mind, it is important to know that the screen quality will remain exactly the same. The TV display when docked will still be at 1080p and the portable will still be 720p, which for what it offers is fairly decent.

The Switch OLED is also offering 64 GB of internal storage, double the original, which, while better, is still minuscule compared to other consoles that have a full terabyte (1000 GB) of storage packed inside. Again, the storage can be expanded with a microSD, but it isn’t unreasonable to think that the OLED would have a greater storage capacity than just 64 GB.

Now the Switch OLED does come with a quality-of-life improvement in the docking port: built-in Ethernet support. The base Switch model had a USB 3.0 port, which did annoy some Switch users, which while easily resolvable with an e-thernet adapter was still annoying to use. With a built-in Ethernet jack, this means that people won’t have to use an adapter, which will mean better online support as well for Nintendo games that use it such as Super Smash Bro. Ultimate, Splatoon 2, and Arms. This is definitely something that the Switch OLED has over the base model.

There are other details for the Switch OLED that are not exactly the most noteworthy, however. For one, the portable screen has a better audio quality which, while nice, was not an issue most had with the original but still an upgrade regardless. The portable also has a larger kickstand than the original, which allows for more tabletop display configurations, and the new black and white color scheme is definitely appealing to look at.

Now with all this in mind, one major flaw that the OLED model will carry over from the original is the Joycon drift. For those who don’t know, the switches controllers, the Joycons, which can attach to the sides of the portable, be used as separate controllers, have motion controls like the Wii, and can be placed into a controller grip accessory, have the issue of drifting. Drifting is something that usually occurs in the analog sticks after long periods of use, to where they are not able to recognize either the X, Y, or Z axes and begin to start logging the wrong directions or moving the characters in-game on their own. Normally, the controllers will take a few years of use at least to start experiencing drift, but the Joycons begin drifting from only months of use. Nintendo has yet to actually solve the issue with Joycon drift apart from sending them in to repair them. Joycon drift has become a massive problem for many Switch users and must be solved. 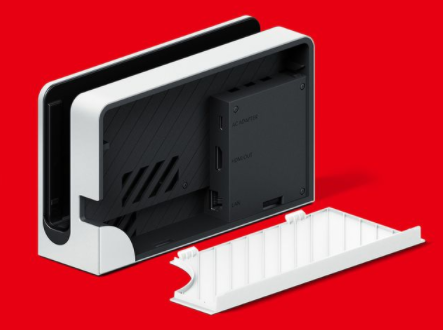 In conclusion, the Switch OLED, while an upgrade, is definitely a rather underwhelming offering from Nintendo. If you are in the market for a Nintendo Switch, then the Switch OLED is worth the price, especially if you already don’t have one. If you already have a regular Nintendo Switch, I cannot see any reason to recommend you buy it, even if you’re that big a fan of Nintendo. Spending another $300 plus an additional $50 for what is roughly the exact same console is not worth the price. To anyone expecting a Switch with an actual hardware upgrade, I say wait for the fabled Switch Pro model, otherwise, just emulate the games on PC. While the Switch OLED is a step in the right direction for Nintendo’s new big console, it still lacks the hardware and power it needs to really compete.