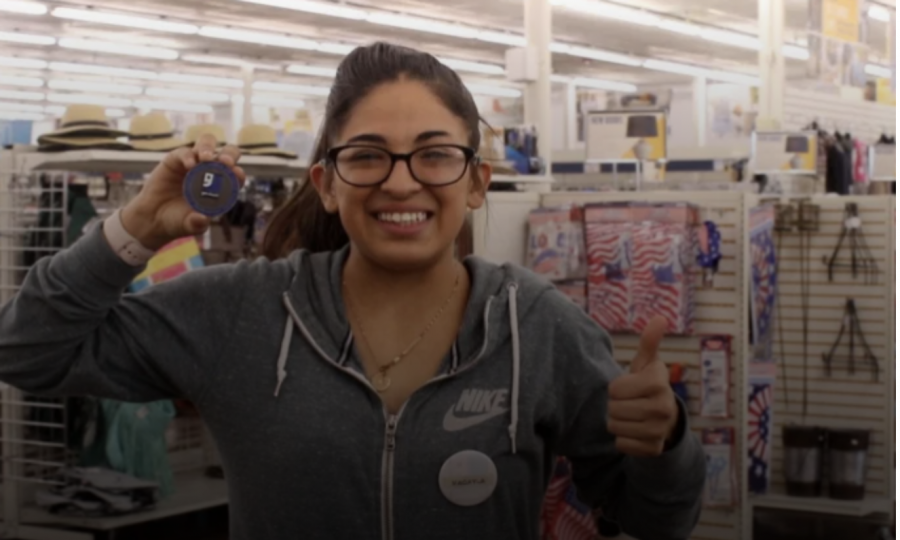 Maqayla De La Pena of Hurst, Texas found herself in this situation just this past week at her workplace, Goodwill. As she sorted through donations, Maqayla came across a bank envelope with $5,000 enclosed, inside a donated jacket pocket.

About a month ago, a donor called panicked that they had donated their jacket holding the $5,000. While Goodwill said they would take all effort to find this money, they could not promise it to be recovered as they received hundreds of donations.

Because of Maqayla De La Penas genuine actions, Goodwill was able to return every dollar back to its owner. In turn, Maqayla was rewarded with a bonus check and praised for her honesty.

Maqayla’s story shows that doing the right thing can lead to change. Not only did Maqayla help the owners find their $5,000, but she also helped herself, as she got a raise and showered with praise for her integrity.

Several students were asked what they would do if they found $5,000, their responses are below.

Ella Alvarado says “it depends on who the owner is, if I knew the owner was looking for it, of course I would return it.”

“I would definitely return the found money, even though $5,000 is a lot of money and would benefit me, I have to think of the owners who are now out $5,000 and may need it more than me,” says Madison Zamarippa.

Truman Thompson says, “I wouldn’t go out of my way to find the owners, but if I knew them and knew it was being looked for I would undoubtedly give it back.”